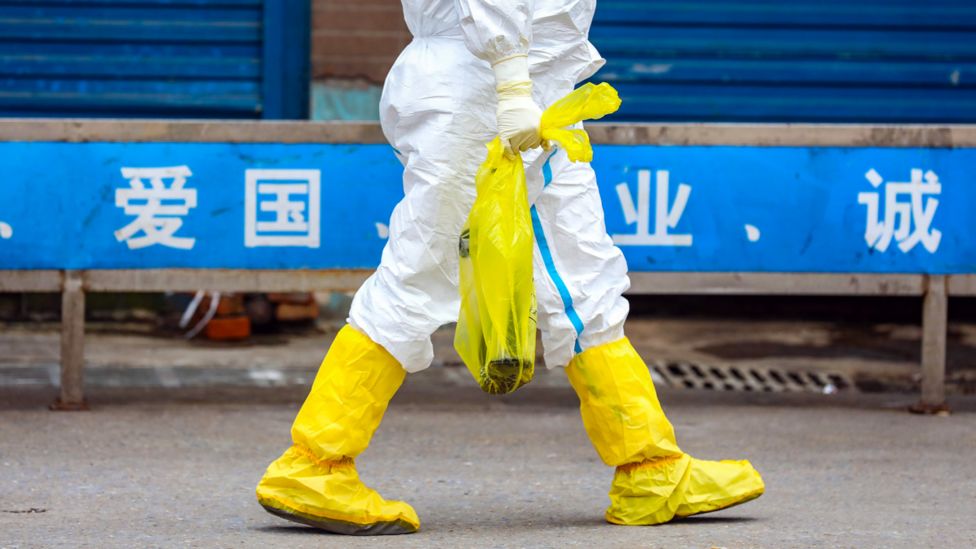 In January 2020, two scientists published the entire genetic code of a coronavirus that was soon to wreak havoc around the world. It marked the start of a year of intense and rapid scientific endeavour, to work out how we might fight the virus.

Eddie Holmes had the genetic blueprint for the coronavirus in his possession for exactly 52 minutes before he put it online.

Prof Holmes is based at the University of Sydney, where he works on the emergence of infectious disease - an area of research that was suddenly thrust into the spotlight at the beginning of 2020. He has worked closely, for several years, with Prof Yong-Zhen Zhang, who was at the Chinese Centre for Disease Control in Beijing.

Prof Zhang sequenced the genome of the virus that closed down the world.

He collected samples taken from some of the first patients in Wuhan Central Hospital, where a cluster of mysterious pneumonia cases had emerged. Many of those patients had a link to a seafood and wildlife market in Wuhan.

When he examined the code, Prof Zhang immediately saw that this was a coronavirus. It looked very similar to Sars - the respiratory disease that caused a deadly outbreak in Asia in 2002.

"That was on 5 January," recalls Prof Holmes. "And we just thought,oh no. It's Sars back again."

But this code - this virus - was different. It was new. Prof Zhang and Prof Holmes quickly submitted a paper describing what they had seen and, as the week wore on, a buzz of public health speculation about what the novel virus might be started on social media.

"I didn't sleep," Prof Holmes tells me. "It was weighing on my conscience." In Sydney, it was early on 11 January when Prof Holmes phoned his colleague in China and asked his permission to publish the sequence. "Zhang was on a plane, strapped into his seat," Prof Holmes recalled. "He told me he needed to think about it - there was some pressure not to release too much information about the outbreak.