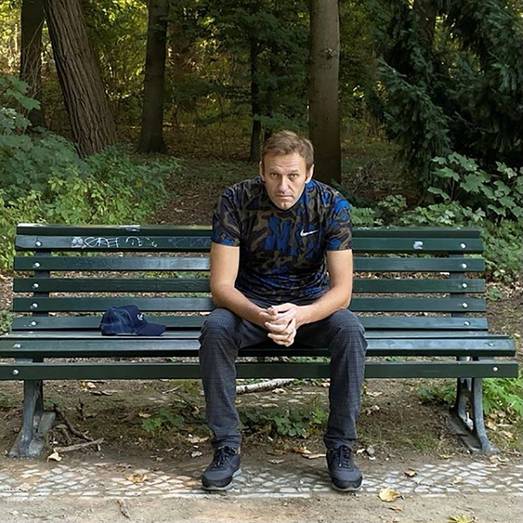 "I assert that Putin is behind this act, I don't see any other explanation," he told German news
magazine Der Spiegel in an interview.

Germany, where Mr Navalny is recovering, says he was poisoned by a Novichok nerve agent.
Its findings were confirmed by labs in France and Sweden.

The Kremlin denies any involvement.

Responding to the interview on Thursday, Mr Putin's spokesman said there was no evidence
that Mr Navalny had been poisoned with a nerve agent, and said CIA agents were working
with the opposition leader.

Mr Navalny collapsed on a flight in Russia's Siberia region on 20 August. He was transferred
to the Charité hospital in the German capital Berlin two days later.

In an interview published by Der Spiegel on Thursday - the first since he fell ill - Mr Navalny
said the order to use Novichok could only have come from the heads of three of Russia's
intelligence services, all of whom work under Vladimir Putin.

"If 30 people have access to a [chemical] agent, and not three, then it's a global threat,"
the 44-year-old told the magazine.

His supporters initially believed his tea had been spiked at Tomsk airport but traces of the nerve
agent were later found on water bottles at the hotel where he stayed the previous night.

Speaking of his experience, Mr Navalny said: "You feel no pain, but you know you're dying.
Straight away."