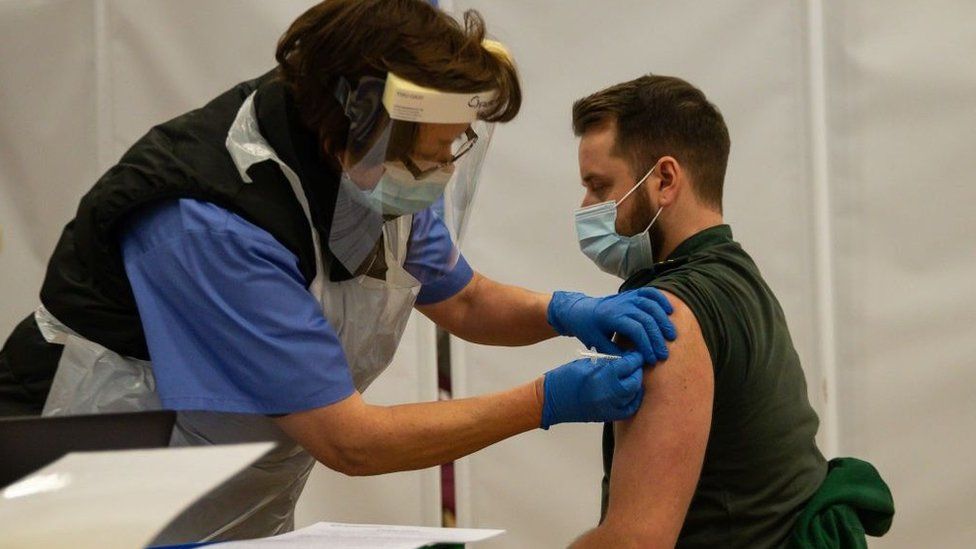 Wales has received 275,000 doses of the two Covid-19 vaccines to deal with the pandemic.

About 70,000 people received a first dose after the first month of the vaccine rollout.

The health minister promised a "really significant step-up" in the roll-out after opponents criticised its speed.

The Pfizer jabs were first administered in early December at seven sites across Wales as part of the UK-wide immunisation programme.

Approximately 1.6% of people were vaccinated up to 3 January - fewer than all other UK nations.

The Welsh Government has dismissed criticism it is lagging behind, with health officials saying the new Oxford-AstraZeneca vaccine would help speed up the programme "considerably".

The rollout of the Oxford vaccine started on Monday, with 25,000 doses received this week, according to the Welsh Government.

First Minister Mark Drakeford said on Friday that Wales would receive another 25,000 Oxford doses next week and 80,000 the week after that.

When asked how many doses of the Pfizer vaccine Wales had received, he said he could not recall the exact figure but further deliveries had been received "on the 23rd and the 27th of December".

Users browsing this forum: No registered users and 7 guests
×